Well, as you can probably guess I was unable to resist the op 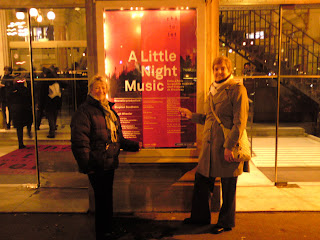 portunity of a weekend in Paris myself when I found out Fran was going to be performing, so I finally got to see the show on Saturday night.
Prior to the show I managed to have a chat with Frans parents Mel and Steve as they came into the theatre right behind us they were really nice as you would expect. They had been there all week and after having seen the show the first night they went back every night. Hearing this made me even more excited to see the show, as they were so enthusiastic about it.
The show was something else, the costumes were fabulous and although some o 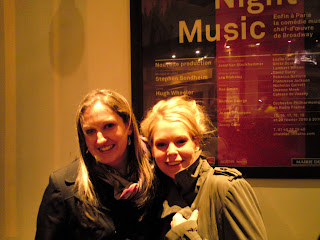 f the singing wasn't the strongest this did not detract from the overall production, Fran on the other hand was absolutely incredible and it was noticeable at the final bow as there was a real cheer when she came on, and the cast received a well deserved standing ovation and the longest curtain call I have ever witnessed.

After the show I saw Fran's parents again, and Fran came down to say hello and was a delight as always, and we had a nice chat and she obliged with a some photos. Fran was sad that the production had come to an end as she had had an amazing time and the weeks run had just flown past. 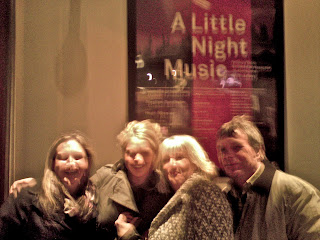 I apologise mainly to Fran and her family for the quality of the following photo, but as they are aware my Mum had her distance lenses in and couldn't see what she was doing with the camera.