Don't be alarmed by the title the cast come off well. 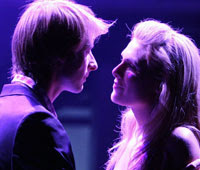