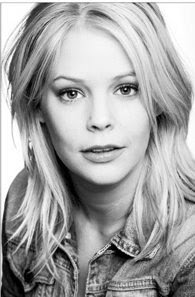 She shares the stage with 1990s pop heart-throb Chesney Hawkes in Can't Smile Without You.

The show, about a reality TV contestant who loses his memory, is the first major role Ystalyfera-raised Francesca has bagged since featuring on BBC show I'd Do Anything.

Francesca's mum Mel is more than proud, and can't wait to see her daughter, who has previously appeared in the West End, back in the limelight.

She said: "It's a great opportunity for her. The show opened on August 28, and Fran has really been enjoying performing.

"It's a shame it isn't coming to Wales, but I will be travelling to Bristol to see her perform. There will be a party of us going in a minibus."

Can't Smile Without You, produced by Blood Brothers Bill Kenwright, runs until Saturday, November 29, and takes in 11 UK venues.